Learn more about our principals

Since purchasing Bibbaringa in 2007 over 70,000 trees have been planted, 100% ground cover have been achieved all year every year, and the water cycle has improved, along with plant diversity and soil microbiology health.

By applying the principals of Holistic Management, Natural Sequence Farming, Bio dynamics and education about the best ecological land practices and working with nature and the climatic conditions. Bibbaringa is now a functioning landscape. We watch the improvements each year despite variable climatic conditions.

Read more about how Carbon and organic levels are increasing and how water moves slowly through the landscape towards the Murray River.

At Bibbaringa I want to enjoy my work in a healthy balanced ecosystem with flourishing bio diversity. I want the land to be regenerative with native shrubs trees and grasses and enhance the water and mineral cycle and produce healthy produce that return to the land

Visitors are welcome to visit a working Ecological beef cattle property on the SW slopes of NSW. 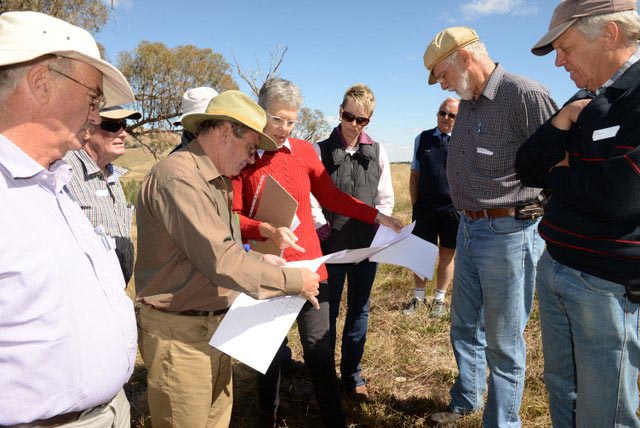 The Climate Champion Programme was a government programme aimed to help farmers manage climate risk by:

40 Australian farmers from around Australia, representing most major agricultural commodities, took part in the program. Gillian has been a Climate Champion since 2010.

The program was a finalist in the Banksia Sustainability Awards for Leadership in Citizenship and Communities. It was also a runner-up for the 2011 Eureka Prize for Advancement of Climate Change Knowledge.

At Bibbaringa I look at the landscape from a creative perspective. Land managers are artists of the landscape. Every mark I make on the land is a pattern on the land. Every fence line, subdivision, contour or water storage has an effect on something else in the landscape. We need to be mindful of our impact on the land we manage

See what Gillian has to say about

The decision: to destock entirely

Season to season, around October/November, March/April, I usually make some pretty big decisions.

The last 12 months [from May 2016] have been quite low in rainfall. We also had a very long and very hot summer. So I’ve been reducing my stock numbers because of the seasonal conditions and the amount of grass I had in front of me.

The seasonal forecast outlook from Andrew Watkins at the Bureau [of Meteorology] was for a late autumn/early winter rain, which could be May, and it also gets colder then. This meant my ground cover would struggle to recuperate if I grazed it down.

About three weeks ago [late April, 2016] I went for a drive, and I thought, ‘I’m not sure I’m making the right decision in keeping these cattle’.

So I sold all my cattle. They’re all gone. I’ve totally destocked.

And that’s really unusual to do in this region.

Empty cattle yards – another rare sight in this region, but a decision that Gillian says she is happy with.

I took the high prices and got out of breeding stock.

Now I’ll put my money into making grass, then I’ll be early back into the market and, probably for the next year or so, until the property builds up again, I’ll buy in a few of the weaners and fatten them up – in at 350 kilograms and I will get them up to 450 kilograms – and sell them off.

Ground cover is supreme. The property still has really good cover on it. I could have kept grazing – I had the month in front of me, until the end of May [2016]. But once you get rain it still takes time to grow grass. I felt that after that, when it got cold in June, it would be too slow a recovery. I value my ground cover, so I made the decision.

As we stand, it looks good. It should recover quickly once we get some warmth and rain. 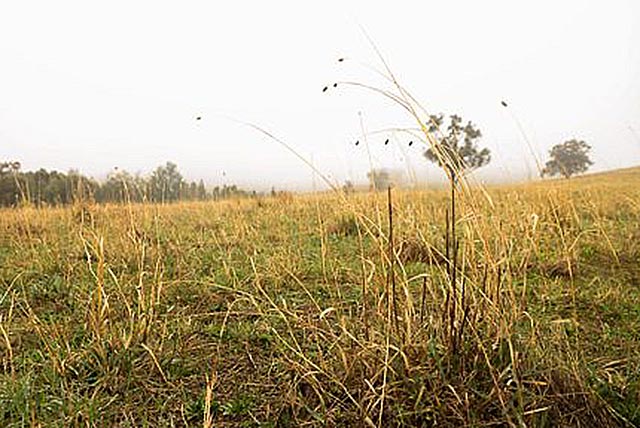 Gillian made the decision to stop grazing, to allow her grass to recover.

Being in tune with nature

Being in tune with nature

Even though I was not brought up on the land, I always had an affinity with it. As soon as I left school I became a jillaroo. In the early 1970s, I was the only jillaroo in the Riverina.

Before we bought Bibbaringa, we owned and operated Pooginook Merino stud in the Riverina region.

In 1992, we started managing Pooginook holistically. We started in a drought and continued to refine the process of holistic management.

When you’re on the land you become very attuned with nature. You notice when birds are coming and going, what the insects are doing and how it all relates to impending weather. Your projections aren’t always right, but they often give you a good head start to make management changes.

So we’ve just built on what our forefathers have taught us, and the knowledge that we’ve accumulated over the years. We try to be seen as leaders in land management in whatever climatic conditions we are in.

Holistic management for ease of mind

Holistic management for ease of mind

Sometimes you do get ridiculed in the community when you make a decision like destocking entirely. People say, ‘She’s rushed, she’s panicked, she just has to wait another few weeks and it’ll be alright’. But I think that’s just because people don’t yet understand my intentions with what I want to do with this property. Or I don’t understand what they want to do with theirs, perhaps!
I’m still very much committed to running this property holistically.

Decision-making is the biggest thing in holistic management. With the decision-making process for destocking, I went through the seven testing questions [see below] and did all the gross margins and thought, ‘How do I feel about this?’ And it came up with a big tick for that decision. So I’m really confident that the seasonal outlook along with holistic management let me make that decision soundly and confidently. 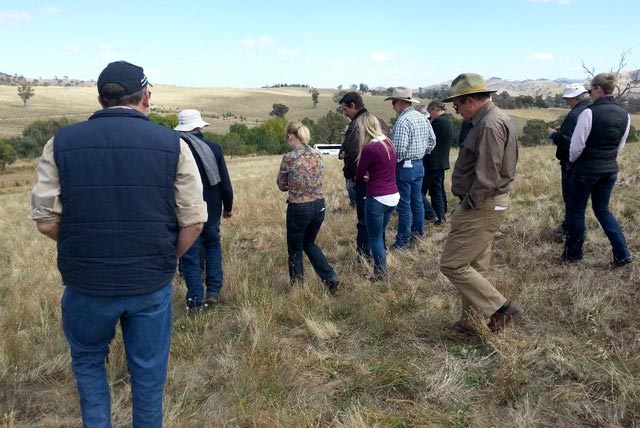 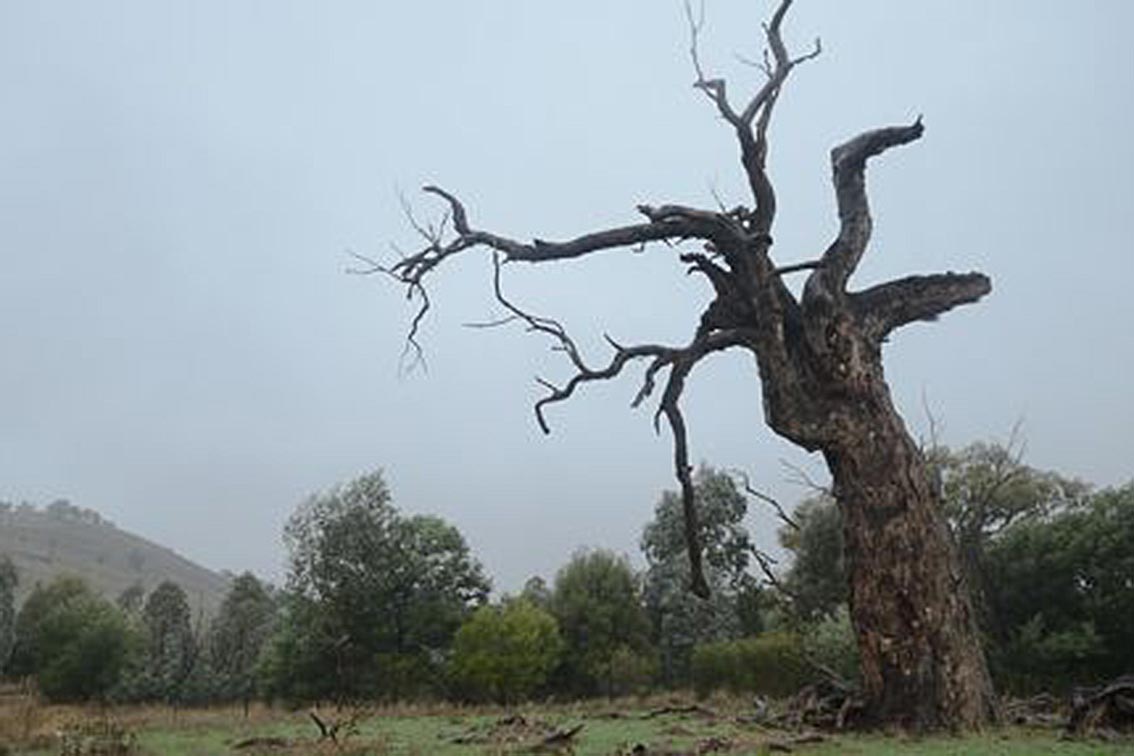 A rare mist hung heavily on the day of the visit to Gillian’s farm, ‘Bibbaringa’.

I’ve got 60 paddocks now, having started with just 24.

I have all my cattle on one paddock at a time. Sometimes it is two days in one paddock, five in the next, depending on the size of the paddock. It’s all calculated – I do my DSEs (dry sheep equivalent), or animal grazing days per hectare. I then record it all on a grazing sheet for the historical record.

Certainly the temperatures appear to be getting higher.

The temperatures in the winter have been higher. Spring rains have been non-existent – very much hit and miss. There was low rainfall over last spring (2015), so we didn’t get the bulk of feed over spring.

This year we had some rainfall in January, but it was really just enough to get some hairy panic grass to come up, where normally with the summer rain you get some really good growth from the summer perennials. But that didn’t really happen this year [2016], because there wasn’t much moisture in the soil profile from the spring, and because of the temperatures.

There weren’t the high forties temperatures this year, but there were consistent over-thirty degree days.

It’s so easy to get locked into the old English way of farming. But we have so little moisture in our soil profile, and the temperatures are only getting higher.

I’m not even convinced this property is made for breeding stock 24/7. I think in this high rainfall area of southern New South Wales, with climate change, there’s definitely not the predictability in the seasons there used to be, and that means you have to change your management practice.

My major priority is not production at all costs. But I do want to run a profitable farming operation. My major priority is getting the soil and the land into a good, healthy condition. I feel if I can do this then everything else will take care of itself and, in turn, accommodate for the varying climate.

Trees and cattle are a good combination

Trees and cattle are a good combination

Two days after we settled on the property [January 2007], we sat around an aerial map and started to plan how we wanted the property to look. We had two goals in mind: to segment the large paddocks and to plant trees.

The trees and shrubs we’ve planted have allowed for more moisture retention and help shade our animals during very hot days.

With the help of the Murray Catchment Management Authority, we had over 24 per cent of our property planted to trees by 2013, and we’ve increased it by about 5 hectares each year since then. Some people say that we are sacrificing land, but we’ve started grazing in these native vegetation areas again.

We believe it’s important to run animals through native vegetation areas, as they have a role to play in maintaining the balance of the system.

They stimulate soil surface with their hooves and prune the trees and shrubs. The secret is not to leave them in too long or introduce them too often.

In the early years we did not graze for 4-5 years, then let them lightly graze once a year. Now most of the original tree areas are in the grazing plan.

Keeping water on the property by slowing it down

Keeping water on the property by slowing it down

When we first started planting trees on this property, we focused on restoring fragile gully areas to help with erosion. During high rainfall events, rainfall was just gushing down the hills, taking a lot of dirt and rock with it. This was because there was little ground cover to slow down the water or hold the soil in place.
To keep water on the property, the idea is to slow the flow of the water through the landscape. By having the ground cover, the trees and the fencing, we’ve been able to do that.

I’ve been doing on-ground works for three years: putting dams in, rerouting overflows and creating contours, so you get this natural irrigation process happening throughout the landscape.

That’s based on natural sequence farming principles by Peter Andrews. And I’m just about to start some more work on that now.
I’ve also been practising what he says on this property anyway. Nature does a lot of healing by itself if you allow it to. 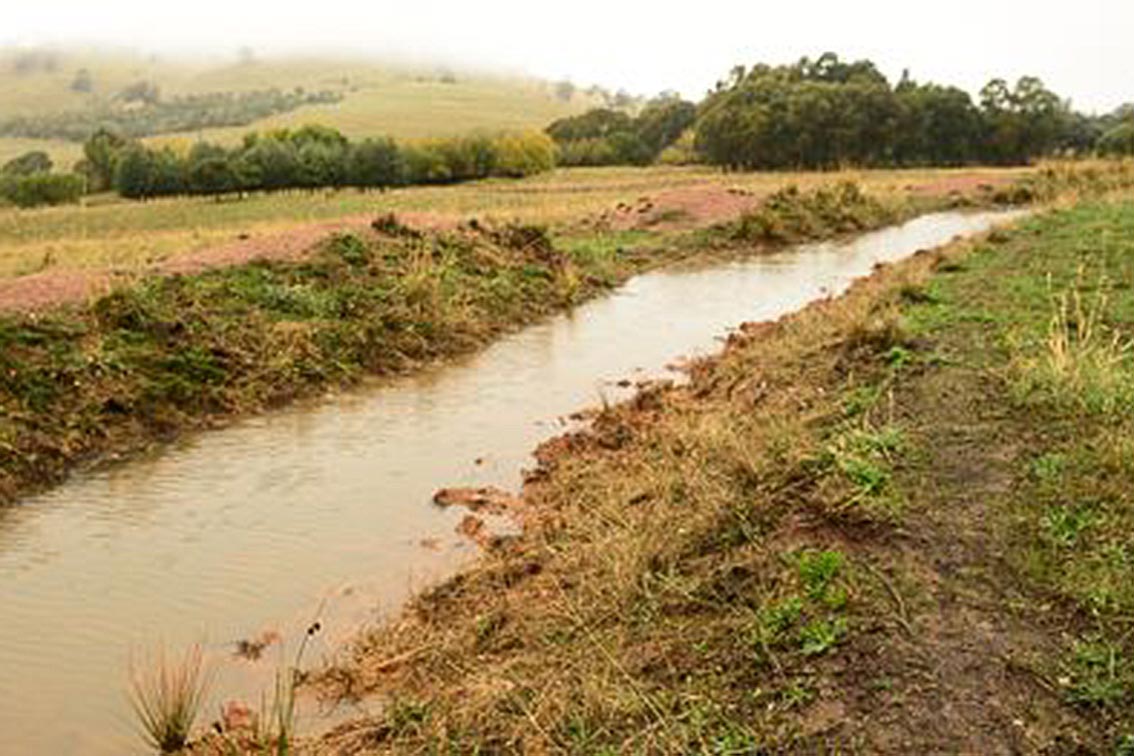 Creating contours slows the flow of water through the property, making for a natural irrigation process.

Visitors are welcome to visit a working Ecological beef cattle property on the SW slopes of NSW.

Keep up with our latest news.

New Farm Next Door was a forum instigated by Earth [...]

Enjoy the special moments of staying on a working Ecological beef cattle property.

The Bibbaringa Woolshed has been renovated as a conference facility or a studio space for artists.