Banking the Grass – why Gill sold the herd 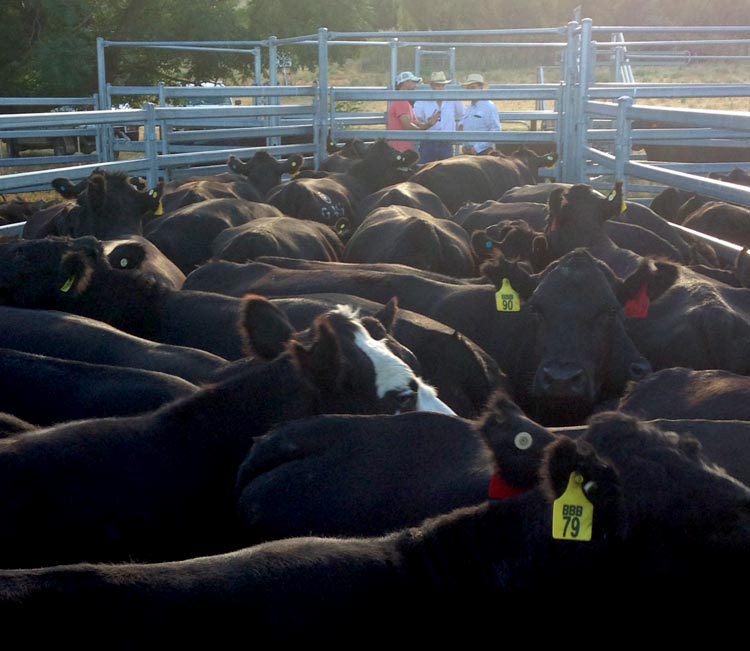 In the very first of our 8 Families new blog, Gill Sanbrook has made the radical decision to sell all her cattle. As an experienced Holistic manager Gill had gone into Summer and Autumn with a grazing plan and as the season deteriorated it gave her all the signs she needed to make a seriously tough call.

Gill: To off load cattle at any stage is a heart wrenching experience and it didn’t come easily. First I had to go through the decision making process, asking myself “are there any other options?” I can imagine that’s what you’re thinking – what about agistment, what about buying in hay?

But before I share all that thinking, here’s a brief history of my farm – Bibbaringa. It’s a 1,000ha property north east of Albury.  My family bought it in January 2007 during the millennium drought. At the time it was severely overstocked with cattle, sheep and 90 horses. The property was tired, dry and needed a good rest.

As for me, well my background in property management is based on 20 years of practicing the principals of Holistic Management in the Riverina of southern NSW. I trusted that the process worked and I had the ability to regenerate a stressed property. The goal was to build up a rural business that would be biologically, financially and sociably sustainable.

So over the last 9 years we planted over 60,000 trees on about 23% of the property, turned 23 paddocks into 60 paddocks, maintained 100% groundcover throughout the year and also applied the principals of natural sequence farming developed by Peter Andrews to repair eroded and scarred areas on the property. We are slowing the flow of water through the landscape and getting the water back into the flood plain and out of the scarred incisions.

The rainfall in the past 9 years has varied from 450mm to 1,050mm. The past 12 months was 635mm (average rainfall of 750mm). The spring rainfall did not come until November, which in my view was too late to build a bulk of feed. Although we had good January rainfall of 100mm it did not provide the bulk of feed normally experienced from the summer perennials. The temperatures were all above average including higher winter temperatures, which encouraged reasonable growth during those cooler months.

At Bibbaringa the cattle are run in one mob of about 300 to 700 depending on the seasonal conditions. I vary the number according to pasture monitoring and based on a planned grazing management process developed by Alan Savory and Holistic management.

In the past non growing season the paddocks were grazed based on a 150 days recovery period between grazes and about 90 to 120 days in the growing season (Spring).

During February the warning signs began. The cattle were needing to move faster than the plan and not leaving as much feed behind in the paddock as I would like, to maintain the 100% ground cover. So I sold 150 head.

I run the property on my own with the help of casual skilled cattlemen when cattle come into the yards. I have a well-designed set of Pratley cattle yards built in 2007. With holding yards we can easily process 800 head in one yarding and this is all done very quietly and smoothly.

By the end of April I had one month’s feed of planned non growing grazing in front of me. This means the cattle had not grazed these areas since November 2015. However the native pastures had not recovered to my satisfaction and I had other issues at hand;

I have always viewed my cattle herd as a tool to build up the biodiversity and resilience of Bibbaringa. At this point of time my emphasis is on building diversity of soil and plants and re-energizing Bibbaringa. I also want to live a happy, healthy, stress free life. These were my options;

I spoke to a number of people including members of my network of Holistic Management colleagues (I am in an HM support group that meets every 6 weeks) and they challenged my decision making process in a positive way. Some of their comments were