Gillian Sanbrook: “I wanted to plant 25 percent of the property to trees, but now I intend to plant 30 percent and run cattle as the primary production income.”

During the past 10 years, Gillian Sanbrook has planted over 70,000 trees, fenced gullies and creeks and tripled the number of paddocks on the 950ha property “Bibbaringa”, near Bowna, she purchased in 2007, transforming it into a more ecologically diverse place while lifting productivity according to the seasons.

“I wanted to plant 25 per cent of the property to trees, but now I intend to plant 30 per cent and run cattle as the primary production income,” she said.

When she purchased the property 2007 it was degraded, overgrazed, subject to rabbit invasion and covered in Patterson’s curse with serious gully erosion and during the millennia drought. Whenever there was a downpour, water and fertility poured off the slopes, so she aimed to slow the flow of rain that fell on “Bibbaringa”.

To look at the property now, in the middle of winter during one of the driest periods recorded since European settlement, is to wonder at the transformation.

“After I purchased the property I knew I needed to allow the country to recover,” Ms Sanbrook said.

“By applying Holistic management principles, to my property management and decision making, I have seen an improvement from one percent organic carbon to high four percent. “And with the general health of the soil lifted I can see the diversity of grasses in that time.”

For Gillian it is not all about production: improving natural capital of her investment in the property is as important as the  short term financial production.

“I have to make ends meet financially but the real reward is seeing the ecological improvement, healthy cattle and keeping my cost of production low so my profits are also healthy,” she said.

“It’s not about production at all costs; it’s about building the ecosystem to make “Bibbaringa”  more resilient by building up plant matter, ground cover and shelter to add to the bio-diversity of the property.

The lift in the property’s natural capital is measured in many ways.

Carbon storage through trees plants and soil carbon, diversity of grasses permanent running water and ponding of water in the landscape.

“The insects and birds indicate I am doing something right,” Gillian said.

I’m really passionate about regenerative agriculture, I understand we have to work with nature … I’ve never had the attitude we had to control nature.- Gillian Sanbrook

“In 2007 the seasonal dependent creek was relying  on runoff, but now it is a permanent stream that trickles or moves clean water gently through the landscape.”

The success of Gillian’s innovations is evident through this current extended dry period when a little over 200mm of rain has been recorded to the end of June – less than half of what normally have been expected.

To stand within four hundred meters of the creek is to be amazed to see the stream as it trickles through the various ponds, and providing habitat for for frogs, insects, birds and the odd wombat: all of whom add to the bio-diversity of her farm which Ms Sanbrook desires.

“I’m really passionate about regenerative agriculture, I understand we have to work with nature,” she said.

“I’ve never had the attitude we had to control nature.”

An open mind encouraged at school

Gillian grew up in Melbourne without a direct connection with agricultural production.

“My family was involved in a manufacturing business, and my father always said you have to produce something and I figured at a young age that true production was primary production,” she said.

“I don’t know where I got that idea or that understanding, but someone has obviously influenced me at some stage.”

Attending an all-girls school and studying agricultural science from year 10 was quite an incredible experience for Ms Sanbrook, and perhaps was the source of the original inspiration

“To think the subject was available is amazing but it gave me some basic understanding soil – I think that must have helped,” she said.

“And there was a school farm – quite ahead of its time!”

She chose a career in agriculture and worked on properties in the Riverina, New Zealand and South Africa and in rural journalism before moving to Pooginook, a Merino stud near Jerilderie in 1987.

To the end of June, a little over 200mm has fallen on “Bibbaringa’, yet there is sufficient pasture for the next four months to finish the four hundred steers currently grazing the property.

“Cattle numbers vary according to the season and I’m really aware the grazing situation has changed with climate change,” Gillian said.

“Once this property supported cattle breeding operation but I have changed to finishing in the past two seasons.

“Because the “Bibbaringa” business is so low cost I can make enough money with finishing and destocking for 3 months over the summer.

“This has enhanced my lifestyle and gives me options to pursue other interests.”

The property, to some may look understocked but there is a holistic grazing plan and  currently the 62 paddocks are grazed every 150 days some extend out to 210 days.

“My decision making has changed because of the climate variability of the rainfall and temperature and late seasonal breaks,” Gillian said.

“We can no longer rely on the traditional seasonal milestones to manage our land.”

Each year in November and April she researches climate forecasts and talks to people around Australia and considers her own observations to make a judgment on stock numbers.

“Of course this can change and I can buy and sell according to how the actual conditions change,” Gillian said.

Three years ago between 250 and 400 breeding cows grazed “Bibbaringa” based on seasonal adjustment.

“Since then I have run heifers and steers bought in as weaners about 280kg and taken through to 550kg,”

“I find it gives me the flexibility to vary the stock numbers and the ability to destock for three to four months during the summer.” 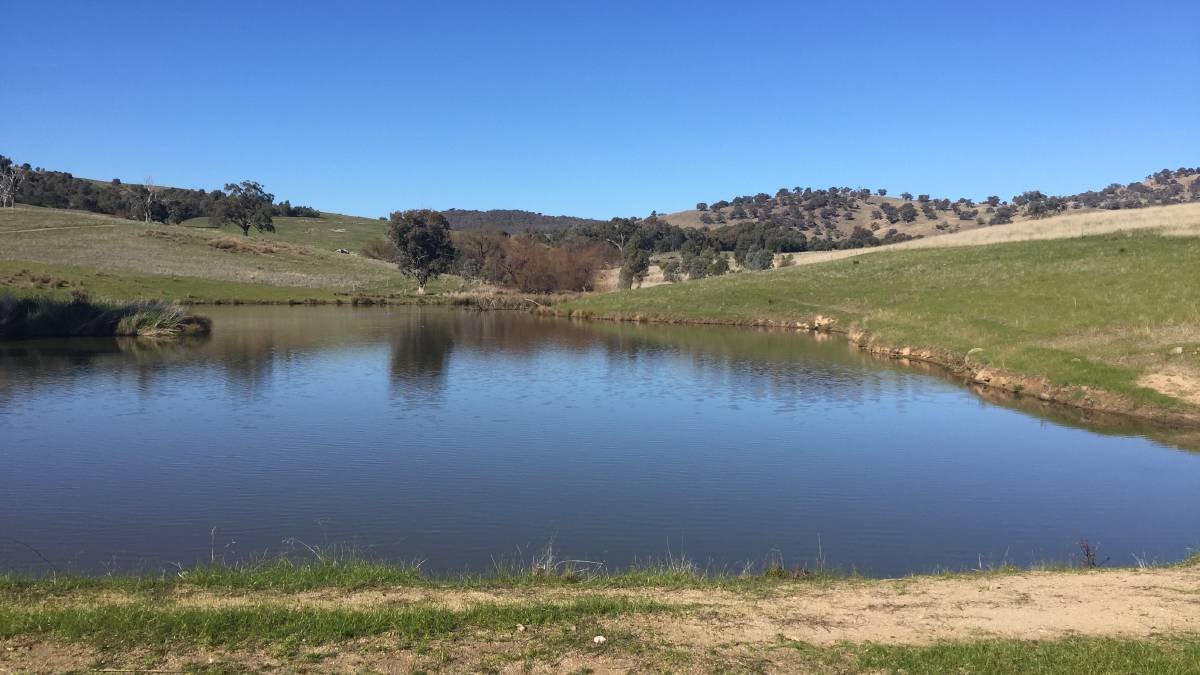 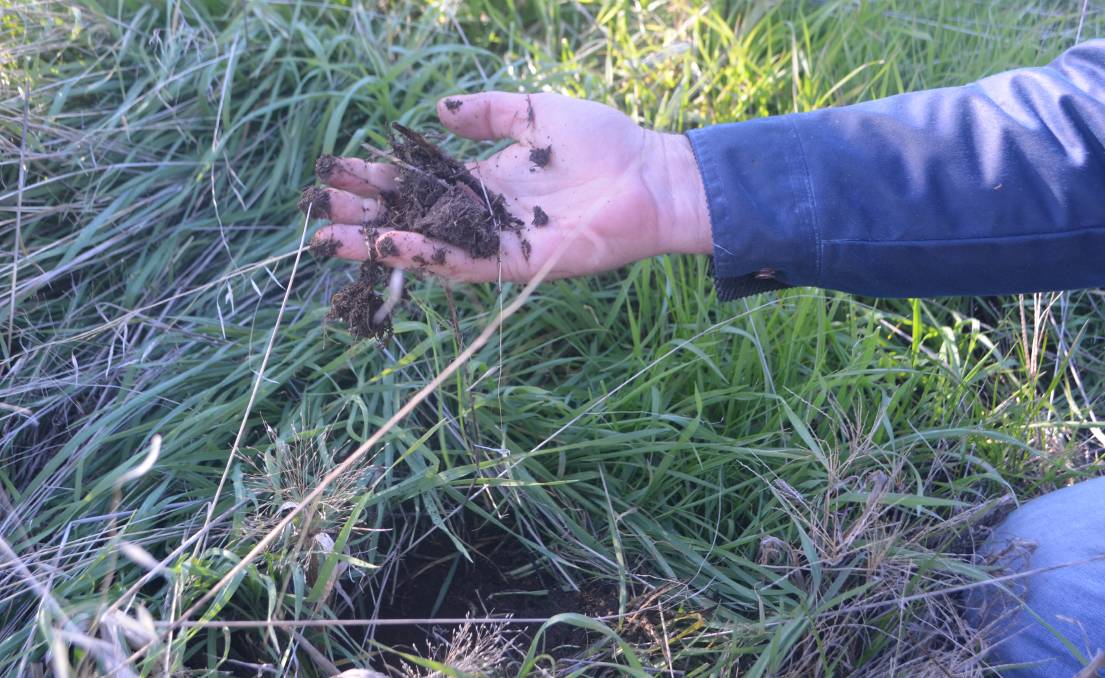 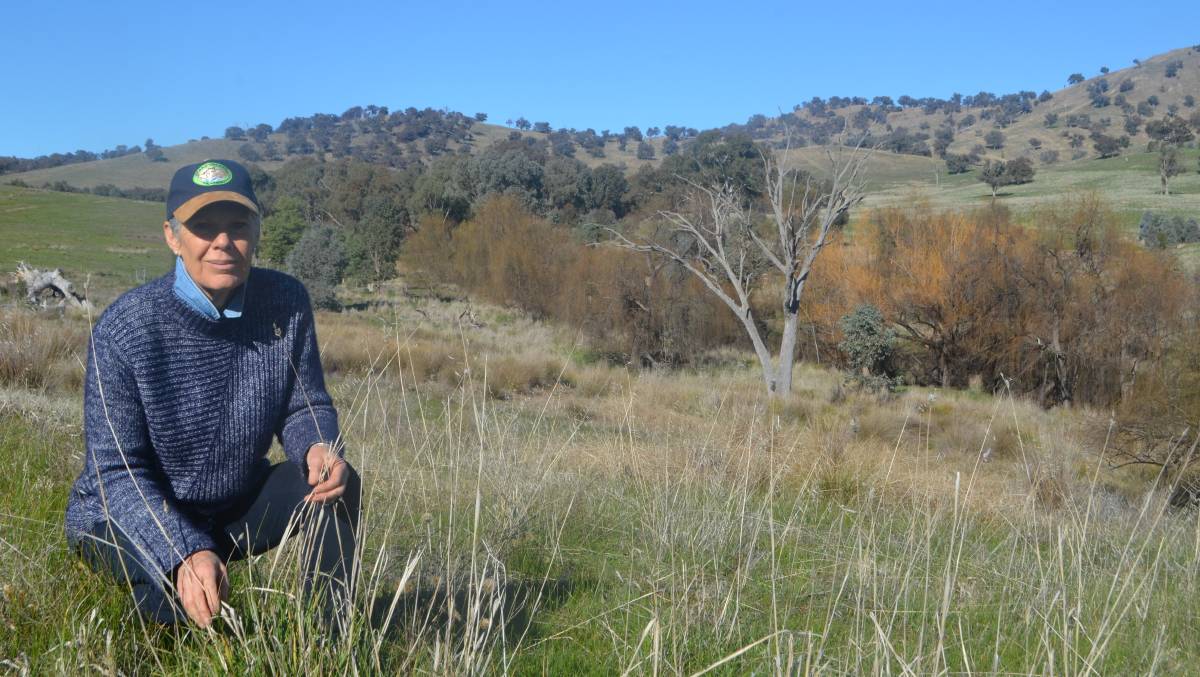 She noted there is little pasture growth and animal weight gain during the summer, so being restocked through that period allows the paddocks time to breath.

There are many producers who have embraced the concept of regenerative agriculture in some form and Gillian has the records from 2007 to indicate the rate of improvement on “Bibbaringa” in that time.

““Bibbaringa” has to pay its way but I can see the production is definitely increasing per mm rainfall, DSE per ha and increase in organic carbon storage so what else can I ask for,” she said.

Gillian said she was aware of Charlie Massy’s writing recording the history of the Merino, and when she saw his latest publication ‘Call of the Reed Warbler’, she knew instinctively she had to read it.

“It was really interesting as I knew a lot of the people documented in the book,” she said.

“At “Pooginook” we first started practicing Holistic Management in the early 1990’s.

“We ran training workshops and field days in Holistic Management and made huge changes to the Pooginook business in that time.”

Since that original inclination, Gillian has worked with Peter Andrews at Natural Sequence farming applying his practices to “Bibbaringa.”

“Peter has taught me to read the landscape and I now feel confident to do excavation work to incorporated the NSF practices. I’m really applying a lot of those principles of regenerative agriculture to running “Bibbaringa”, she said.

“So this book was a revelation – it has more depth of understanding about where my thought patterns perhaps had originated.

“I also learnt so much more about other regenerative agricultural processes.”

There are so many opportunities for land owners and managers to change their practices to more regenerative agriculture.

There is a quiet revolution going on in agriculture because of the problems of chemical contamination in our food sources and low fertility in the soil and Gillian said reading ‘Call of the Reed Warbler’ made her realise she wasn’t alone in her determination to find a more sensitive approach to agricultural production.

“I see people doing a fantastic job with pasture cropping and building soil carbon in conjunction with livestock and cropping,” she said.